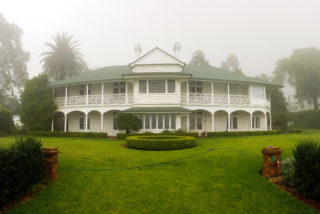 BEC was commissioned to provide multi-discipline engineering consultancy services in support of renovations and an extension to a gorgeous 3-storey pre-war heritage listed dwelling in Toowoomba. The works included internal alterations, addition of Northern and southern veranda roof, reoccupation of veranda as bathrooms, and further external works.

We provided a dilapidation audit of the existing structure and prepared a structural condition report outlining key recommendations with respect to H&S and budget allowances. We prepared structural design of new works including footings, floor, wall and roof framing, bracing, tiedown and retaining walls. The BEC team also handled inspections and documentation for design and construction, coordination of energy efficiency report, and a soil testing report. 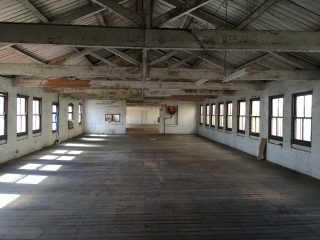 Owen Architecture (who we’re honoured to be working with) has proposed a mixed-use re-development that includes a flower market, commercial kitchen, roasting and bakery operations on ground level and function / conference room plus commercial offices on Level 1. The development is sensitive to the heritage nature of the warehouse and it is assumed that the existing building fabric is to be preserved to the maximum extent possible, including interior exposed brickwork.

With consideration to our extensive experience in mixed-use and heritage refurbishments, (Newstead Brewery at Milton, Wickham Hotel Refurbishment, Gambaro’s Restaurant and Hotel, Africa Hall for the United Nations) the BE Collective team have been commissioned to provide structural, civil, ESD and hydraulic consultancy services covering the design and construction phases.

We’re excited to be intimately involved in a project that has such aesthetic and cultural appeal.
More pictures to come stay tuned. END_OF_DOCUMENT_TOKEN_TO_BE_REPLACED 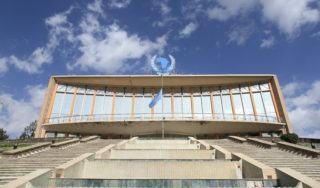 BE Collective has completed a developed design commission for the heritage preservation and additions to Africa Hall in Addis Ababa, Ethiopia. The design recently went before the United Nations in New York and, after consideration, has been approved.

A landmark historic building, Africa Hall is the headquarters of the United Nations Economic Commission for Africa (UNECA). It was designed by architect Arturo Mezzedimi and officially inaugurated by Emperor Haile Selassie in 1961.

Of key significance, Africa Hall was the setting for the adoption of the Organization of African Unity Charter, which laid the foundations for the present day African Union.

BE Collective was approached to tender for the project following their delivery of the new Australian Embassy in Addis Ababa last year. The firm then assembled an international project team for Africa Hall, inviting renowned heritage architects Conrad Gargett to act as principal consultant.

Following a site visit to Africa Hall in March last year, BE Collective’s Managing Director John Tuxworth identified significant durability defects throughout the concrete structure. Based on this evidence, he compiled recommendations for a structural intervention that respects the building’s heritage and functionality, and also meets current international standards.

Having prior experience working in the region, as well as connections with local sub-consultants, BE Collective was able to deliver solutions based on its knowledge of local contractor experience and materials availability.

“The heritage preservation and revitalisation of Africa Hall is one of those watershed moments, where you get to work on a building of significance, in an exotic location, with the best consultants and an inspirational client,” Mr Tuxworth explains.

“BE Collective assembled the project team, won the project against the world’s best and now Brisbane consultants are on the United Nations panel of suppliers.“

END_OF_DOCUMENT_TOKEN_TO_BE_REPLACED 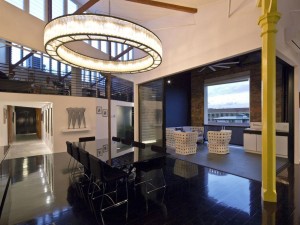 This project consisted of refurbishment to an existing penthouse apartment within the Carson Woolstore complex in Teneriffe. BE Collective were recommended by Tonic Architecture & Design and subsequently commissioned to provide structural design support for demolition work and renovation of this heritage project.

The strong character of the heritage building is enhanced through large exposed timber beams and columns, as well as voluminous space created by the saw-tooth ceiling line. The roof structure required strengthening to accommodate an impressive central chandelier. The chandelier weighs in excess of 1200kg (being the same as a small car), and our strengthening works are cleverly hidden and discrete within in the ceiling cavity.

Based on our experience with other heritage projects, BE Collective maintained a high site presence. We worked closely with the other consultants during all stages of the project and waited until we had a comprehensive understanding of the existing structural elements before finalising design documentation. The overall result is one of pure luxury and this warehouse apartment is sure to impress. Images courtesy Tonic Architecture & Design Well done Tonic! END_OF_DOCUMENT_TOKEN_TO_BE_REPLACED

We were privileged to work with Robin Spencer Architects on the Royal Queensland Yacht Squadron’s (RQYS) new clubhouse and functions centre.

The original structure was designed by ARUP to serve as a visitor’s centre for the Port of Brisbane – some 15kms away on Fisherman’s Island. The 1000m2 structure was divided into 5 sections to allow transport to Manly Bay via both barge and truck. Even in 5 pieces with only one prime-mover the country capable of the task, this was truly one of Australia’s Monster Moves.

The innovative re-lifing of the building was facilitated by BE Collective’s structural and civil commission. It’s new home is interestingly atop reclaimed land, filled using ash as a bi-product from the region’s power plant.