A Review of Two-Coat Seal Failure at Caloundra Tennis Centre 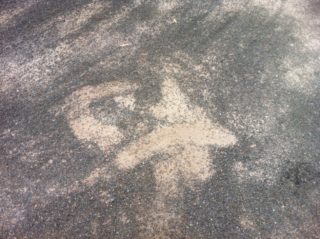 A number of guidelines and literature sources support the use of spray-seal as an effective carpark pavement surface for light vehicle use, providing an economical and appropriately durable asset. In-keeping with budget requirements and site specifications a two-coat spray seal pavement was determined appropriate for the carpark.

In order to isolate the cause of the pavement failure BE Collective conducted an investigation into the installation of the two-coat spray seal.

The findings are presented in the appended Technical paper co-authored by several members of BE Collective’s team as accepted as part of the Australian Asphalt Pavement Association 2015 Conference.

END_OF_DOCUMENT_TOKEN_TO_BE_REPLACED 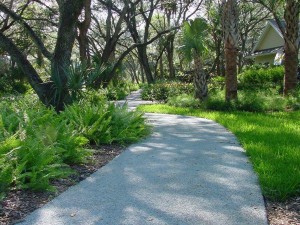 Permeable (or pervious) pavements employ concrete block pavers, open textured porous asphalt/concrete mixes, or grassed systems, that allow air and liquids to pass through the pavement surface. Permeable insitu-concrete pavements are also know as Percrete, Percolating Concrete, No-fines Concrete, and Portland Cement Porous Paving. These pavement types are typically adopted for their environmental, cost, and/or functional advantages in relation to stormwater management. Water Sensitive Urban Design (WSUD) has been adopted in several countries around the world in order to decrease stormwater flow rates and also the volume of catchment runoff. Permeable pavements are considered a ‘source control’ option in providing a means of collecting and treating stormwater, and thus minimising the extent and cost of traditional stormwater infrastructure. 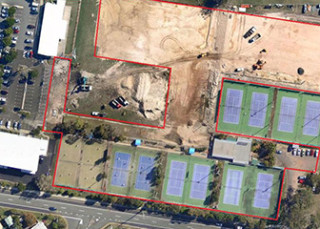 The Caloundra Tennis Centre redevelopment is part of the Sunshine Coast Council’s Caloundra Central Park Sport and Recreation Precinct Master Plan 2011. Council’s aim is to create a high-quality regional tennis centre capable of hosting regular events and with the capacity to attract and host international events.

The Sunshine Coast Council, in collaboration with Brand + Slater Architects, commissioned BE Collective to provide civil and structural consultancy services for the redevelopment of the Caloundra Tennis Centre at Caloundra Central Park. The redevelopment comprises:

The main challenge of the project was to achieve an affordable tennis court pavement solution acceptable to Tennis Queensland. The brownfield site comprised highly-variable, reactive and weak soils. Uncontrolled fill and a natural spring were also identified during construction excavation of the pavement box.

Different pavement solutions were adopted for upper and lower courts in consultation with the Contractor, Geofabrics Australia, Council staff and geotechnical supervising sub-consultants.

Concrete courts were constructed on a composite geogrid (by Geofabrics Australia) followed by a 300mm thick layer of 75mm singly-graded gravel subbase material wrapped in geofabric and then a 150mm thick base layer of CBR45. This solution provides a stable platform which will limit cracks from surfacing onto the courts. The single-graded 75mm subbase was affordable to source and lay and when combined with the geotextile and perimeter drains facilitated subsoil drainage and preservation of pavement strengths. END_OF_DOCUMENT_TOKEN_TO_BE_REPLACED 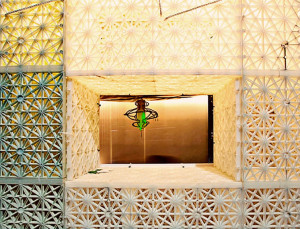 Synopsis: There are three main factors which influence the way we see colour; the light source, the object itself, and the observer. Unless each of these variables are notionally ‘fixed’, then colour cannot be objectively quantified, nor samples compared. Standards relating to concrete have traditionally employed a grey-scale tonal guidance for colour specification/assessment. Such material colour standards rely on subjective assessment and provide no direct guidance for the quantifiable measurement/assessment of colour. From references cited and survey data gathered it is obvious that there is significant room for improvement in how specification and assessment of coloured concrete is addressed in Australia. The paper proposes improved colour specification/assessment techniques for reference in project/construction documentation, and potential revision of the AS 3610 series of standards.

Seismic Protection of Structures with Modern Base Isolation Technologies 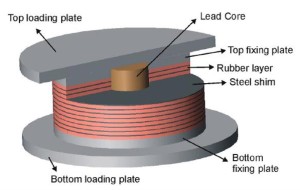 Co-authored by BE Collective’s John Tuxworth, this paper was presented and published as part of the Concrete Institute’s 2009 Conference.

Synopsis: Increased resistance to earthquake forces is not always a desirable solution for buildings which house contents that are irreplaceable or simply more valuable than the actual primary structure (eg museums, data storage centres, etc). Base isolation can be employed to minimize inter-story drifts and floor accelerations via specially designed interfaces at the structural base, or at higher levels of the superstructure.

This paper presents the design comparison of two isolation systems (lead-rubber bearings, and friction pendulum bearings) for a five-story reinforced concrete framed building. The response of the base-case, fixed-structure, and isolated systems is compared for dynamic analysis to actual historical records for five significant seismic events.